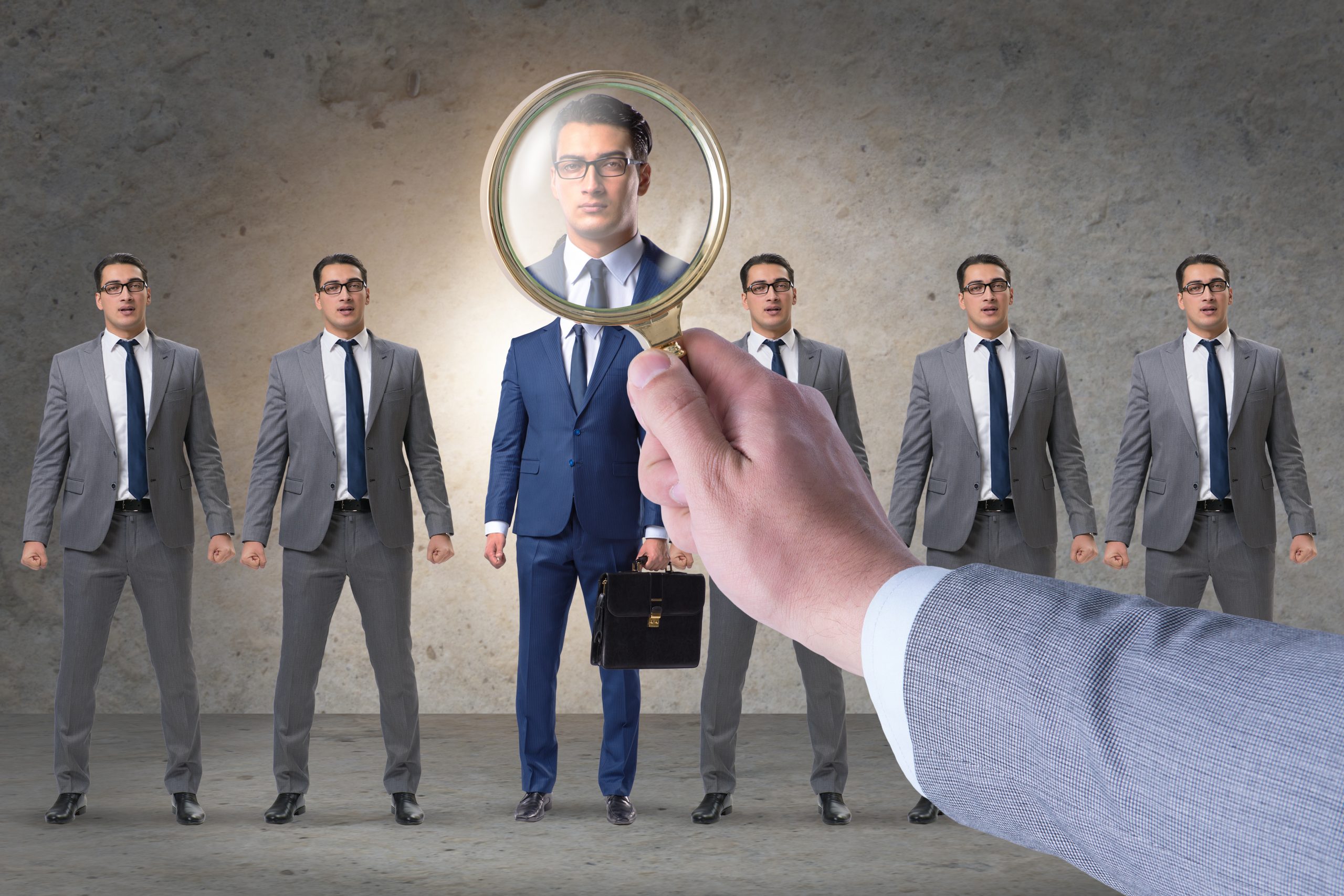 Many employers are surprised that qualification fraud continues to be a big area of concern. With background checks having become pervasive and more than 93% of employers in the United States utilizing them employers often time assume that applicants are no longer deploying fake credentials because the likelihood of getting discovered is high. This thinking is akin to thinking that because law enforcement has extremely well-developed crime fighting tools available to them in the 21st century criminal activity has diminished. The stark reality is that just like we are experiencing an unprecedented increase in crime in this country likewise qualification fraud is alive and thriving.

First let’s start with understanding exactly what is considered to be qualification fraud.

The most prevalent form of making false claims is the exaggeration of previous work experience which can range from enhancing one’s actual experience to outright lies about the work or activities an applicant was involved in.

This can range from changing a grade point average from 2.5 to 3.5 to stating the possession of a degree that was never earned, but simply purchased from a diploma mill or claiming to have graduated from a university that he/she never actually attended. It can also include stating that one possesses a certification or license that they do not.

Then we have fake reference where a bogus reference providing service has been hired to provide glowing references about work performed for either a real previous employer or an entirely fake one.

As video interviews have gained popularity, we have seen the emergence of imposter interviews where the person you interviewed and offered a position to is not the person that shows up for work.

Why is Qualification Fraud an important issue?

When an employer hires someone it is with the full belief that the person possesses the right experience, skills, knowledge and education to perform the job they were hired to do. If the experience, skill, knowledge and education have been falsely stated or exaggerated it increases the likelihood that the person may not actually be able to perform the work at the required level.

Would you want a doctor prescribing you medication or performing a procedure on you that held a bogus medical degree?

Think I am exaggerating? As reported in the article, ‘Fraudulent Doctor Fakes Identification for Years,’ a man who was referred to as Dr. Akoda, an obstetrician-gynecologist at Prince George’s Hospital Center used false social security numbers to obtain his medical license in Maryland. A federal investigation revealed that “Dr. Akoda’s” real identity was that of Oluwafemi Charles Igberase. He had been using several stolen SSNs to advance his medical career and obtain professional certifications for at least 25 years.1

Put ‘fake doctors’ into Google and you will see many cases like this.

Or would your company want a Chief Financial Officer that has a bogus degree or CPA certification in charge of managing your company’s financial dealings. This could put your business in jeopardy.

This stuff really happens; some time ago, Kenneth Lonchar left his job as chief financial officer at Veritas after falsely claiming to have earned an M.B.A. from Stanford University.

Beside the obvious concerns identified in the above examples consider the legal liabilities that could be created for an employer that finds themselves in this situation.

Given the potential serious consequences of presenting fake credentials to obtain a job shouldn’t this be considered illegal?

First of all, it is important to realize that there are many legitimate reasons for acquiring fake credentials, consequently owning or possessing a fake credential is not illegal. However, if a fake credential is used to fraudulently obtain a job or to get admitted to a higher-education institution it much more likely to be consider crossing the legal line and fraud charges are possible.

A part of the problem is that there is no federal legislation prohibiting the use of fake credentials to obtain a job or better one’s career and only a few states have this implemented this type legislation.

How Prevalent is qualification fraud and is this really an issue employers need to be overly concerned about?

Experts believe that there are more than 2,600 diploma mills in operation globally, and more than 1,000 in the United States. An estimated 400 of those in the U.S. award fake PhDs.

What can employers do to prevent qualification fraud?

Intelligent.com, a trusted resource for online degree rankings and higher education planning, has published research that “shows 47 percent of hiring managers say they sometimes or never check a candidate’s degree status. In contrast, 53 percent of employers report that they always verify the educational background of job applicants.

The survey shows that:

The above research information should be a reminder to employers of the importance of checking education credentials to not only verify that the candidate has the appropriate credentials, certifications and/or licenses to perform the job, but also to weed out those who have misrepresented their background.

In today’s tight job market where jobs, outnumber the number of applicants some employers have started to relax their educational requirements to be able to hire from a wider applicant pool. Despite this reality there remains numerous jobs that employers are legally required to perform a background check for along with sensitive jobs and those associated with creating risk for employers.

Effective ways to protect your company from falling prey to exaggeration of previous work experience include:

To guard against false information provided by fake verification services that will verify the legitimacy of an applicant’s fake credential that was purchased always ignore the number provided by the applicant to call for verification and call the employer directly with the number you have researched.

To protect against information provided by fake accreditation services that verify that a fake institution is legitimate employers can verify that universities listed by candidates are accredited by checking their accreditation status with the Accredited Institutions of Postsecondary Education (AIPE). To learn more, please visit the AIPE website at www.acenet.edu.

Also, The Federal Trade Commission has a website dedicated to college degree scams and how to spot them. See https://consumer.ftc.gov/articles/college-degree-scams.

To avoid getting duped by a fake reference service always contact employers directly and you may want to consider using an online referencing checking service that provides a competency based 360 degree look at the candidates performance from supervisors, peers and in some cases clients served.

As video interviews have gained popularity, we have seen the emergence of proxy interviews (someone helping the interviewer) and imposter interviews where the person you interviewed and offered a position to is not the person that shows up for work.

Nick Shah, Founder and President of Peterson Technology Partners, offers the following tips in his article ‘How to Spot Fake Candidates in Video Interviews.’3

When the hiring manager schedules the interview, make sure they tell the candidate that being on-camera is required. If for some reason they can’t, re-schedule the interview.

If their eyes keep moving off-screen over and over again though, this may be a red flag. They could have someone in the room helping them, a cheat sheet open in another window, or be chatting in real-time with a proxy. If you see this, don’t assume or accuse, but start looking for other possible signs.

Take note if their head movements, mannerisms, and facial expressions don’t line up with their words. Fake candidates will often try to overcompensate. They’ll be more animated and try to look excited.

Proxy interviews will often be feeding answers to a candidate in one ear while they listen with the other. It’s one of the most common ways to cheat an interview.

Wearing a headset, by itself, is not a sign that a candidate is fake. It’s actually preferred for better sound quality on both sides. But if you’ve noticed some of the other signs and are looking to confirm your suspicions, ask them to take out their headset and use the built-in mic.

If you’ve noticed red flags, or anything else just seems off, don’t hesitate to ask them to screenshare. If they have a chat window open, and they’re talking with a proxy, you’ll see it immediately. More likely, the fake candidate will close that program and try to soldier on. If the quality of their answers drops significantly, you’ll know why.

While it seems trite to say, ‘an ounce of prevention is worth a pound of cure,’ it certainly rings true when it comes to preventing qualification fraudsters from coming into your organization.